I Was Fired the Day I Quit 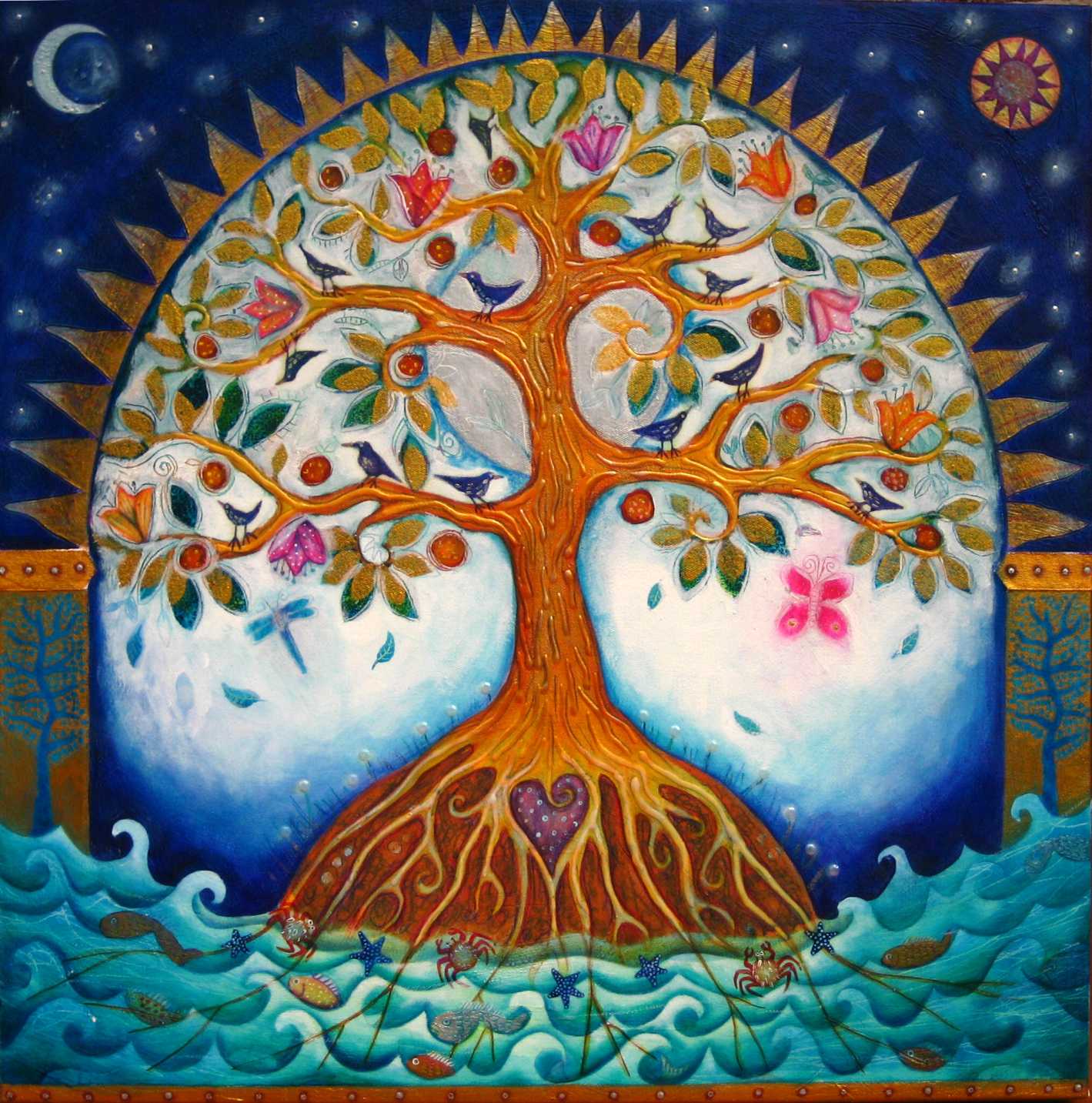 “I learned many, many lessons from my father, but not least of which is that you can fail at something you don’t want, so you might as well take a chance doing what you love.” - Jim Carey

Something happened to me once, a long time ago. I was let go from my job…on the day I quit.

Well, it was the day I planned on quitting, but nonetheless, it was a crazy coincidence. I could go on for hours regarding the situation, but that’s not what this article is about. It’s not about bashing or lamenting, it’s about security.

Job security, that is, and more importantly, the security of your happiness.

We live in a global society where the prevailing thought is that we all need a job, a j-o-b, as Dave Ramsey calls it. There isn’t much of an opinion otherwise, on a societal scale, at least. We’re taught to do well in grade school so we can get into a private high school or qualify for honors courses, so we can get into a leading university, so we can then get a great job.

It’s a neat and tidy life-path, and one that’s easy to accept as “the way.” Everyone else is doing it, right, so how can there be anything different?

The path that society prescribes us drops off after our first corporate job. I remember when I was hired out of college as a Financial Analyst. I made it! I remember thinking, only to find that I didn’t even know what “made it” means. I still don’t. In fact, I’m beginning to think that it’s impossible to truly “make it."

The fact is that life is dynamic. There isn’t a finish line if you’re living right, and the only time someone “arrives” is when they arrive six feet under. But as true as it may be, this idea of a dynamic life isn’t taught in school, and only a few of us become self-aware enough to learn it on our own.

We’re taught that life is static. We get that good paying, “safe” job, and then, well, that’s it. Climb the corporate ladder until you retire, and then take vacations to the Grand Canyon. But not only is life not static, but traditional job security is anything but secure.

Security is There to Protect That What’s Unsafe

Ever thought about what security means, and what it’s used for?

Think about it this way: you don’t lock your iPhone in a safe, and then put that safe in your pocket, because there’s very low risk that your phone will be stolen when it’s on your persons. However, you’d be an idiot to leave your bike unlocked on a busy street while it’s out of your view. Security, right? People ensure a bike’s secure because the situation is unsafe, while no one worries about losing an iPhone in their pocket.

The fact that we even use the term “job security” means that a traditional job is unsafe.

Just ask me, ask anyone really. We’ve all had at least a job-losing scare, and many of us have either been fired or let go. This highlights the fact that we aren’t in control over the fate of our career when we work a traditional job. So in this way, our traditional careers, just like our lives, are dynamic, except in this case, it isn’t a good thing.

Sure, we’re directly responsible for our actions,  but when the decision lies out of our control, we can’t say that we have security. And when we put the fate of our careers in the hands of others, we can't say that we have job security, regardless of how well we trick ourselves into believing we do.

This is what traditional education doesn’t teach us. To traditional thinkers, a corporate job equals job security, and why not? Large corporations have a ton of money, offer good benefits and have upward mobility. But don’t tell that to the Google Glass division, or the Yahoo employees who, due to lifestyle design, were forced to leave when Marissa Mayer abolished remote work.

It’s been an underground movement for a while, and it’s principles are finally bubbling to the surface: self-employment.

Whether that employment be through true entrepreneurship, consulting or freelancing, people are beginning to realize how beneficial it is to work for themselves:

Now, people always gloss over the hard work needed to create those initial five income streams. Sure, at the beginning there will only be one income stream, or maybe even none. But if consistent hard work is put in, the result will be tangible benefits.

Second, there’s the benefit of sweat equity. In a traditional job with a traditional salary, it doesn’t matter if you work 40 hours a week or 400, your income will be the same. Now, working hard could get you that promotion you covet, but again, that’s not your decision, and the amount of work you put into the job does not directly result in a higher income.

Through self-employment, the amount of work you put into a project directly results in a higher income. If you own a business that makes a dollar in profit per widget, for example, putting in the sweat equity and hard work of selling an additional five widgets would increase your take home income by $5, immediately. No need to convince a boss that you’re doing “a good job,” especially when a good job is a subjective measure.

Third, there’s lifestyle design. The greatest thing that happens when you become self-employed is that you truly control your schedule. There’s no commuting if you don’t want, no feeling of guilt if you leave the office early, and really no firm reason why you even have to wear pants (or anything on your lower half, for that matter). You’re self-employed! You can hang out in your boxers all day.

And while that may sound great to some and depressing to others, I suggest you try it. Because what begins to happen is that you have more time and more energy. You own 100% of your day, so even if you’re grinding, it doesn’t really feel like work. Your energy isn’t drained at 5:15pm like it is at most 9-5 jobs. In fact, I often work longer than 12 hour days, and yet I feel more rested than the daily 4 hours of work and 4 hours of Facebook time I used to spend at my traditional jobs.

Through lifestyle design, life becomes much more holistic. I still wake up at 6am, but instead of jumping on my computer and worrying about overnight emails from my boss, I live a little different. I get up, throw on a podcast, cook some breakfast, stretch, meditate and then go for a walk. I get back, write for an hour, and then, once I’ve found mental quietude, I open my email.

From there, it’s grind time, but again, when you see direct results of your efforts, it’s more of a game than actual work. Hit the gym at noon, take a shower, head to a coffee shop and finish the day strong.

Finally, there’s a hierarchy of importance. Let me explain: when you first start out working for yourself, you won’t be making much money. In fact, you might be making no money at all. But don’t be afraid; don’t close out of your browser and run back to work!

Everyone should experience being poor, at least for a bit. First, it builds character, but living life on a tight budget provides much more. It gives you the chance to understand what’s important in your life. When you know exactly how much money you’ll be getting every two weeks, it’s easy to get caught up in a consumerist mindset. Expensive happy hours, lavish dinners and soggy hangover food isn’t even a question.

But how about if you only had enough money to cover your minimum expenses? What expenses would you keep? For example, reducing my health insurance to the bare minimum really drove home the importance of health. You better believe I’ve been going to the gym 5 days a week and flossing every day; I don’t want to risk an expensive doctor or dentist visit!

Trust me, a reduction in income is temporary, but finding out what matters most is forever.

Which, in a round about way, brings us back to the beginning: happiness.

People have a misconception about what makes them happy. Grinding for someone else, just so you can afford two extra happy hours a month, seems to be the overarching meaning of "work-happiness." But what if you reduced those two happy hours, or went and didn’t drink (shocker!), so you could pursue your dreams and have complete ownership of your time?

Hey, in the wise words of Big Sean, “the best thing about being broke is  you don’t spend shit. Remember that Christmas? We had a wish list; we couldn’t afford nothin’ but we still got shit. Ironically, those were the times I felt the richest."